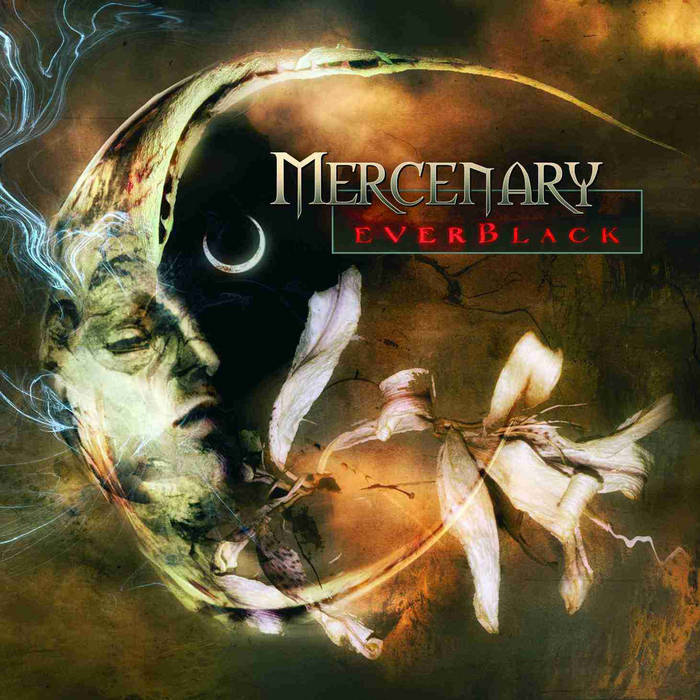 It's not really easy task to make such an enjoyable album when it is just your sophomore effort, but Denmark's Mercenary did this in 2002 with "Everblack".

Whereas previously Mercenary were a pretty decent death/thrash band, the band truly developed into something unique with this album. That is due to the introduction of the Sandager brothers Mikkel and Morten. Mikkel Sandager shows his skills with some of the best clean vocals you can hear these days, and Morten Sandager adds in some fantastic keyboard parts, helping to lend to the already dark atmosphere. Musically, on this album the band really succeeds in being heavy and melodic…simply very catchy! Producer Jacob Hansen also deserves some praise as he keeps the production very clear, yet with a crunch as heavy as an elephant!

There's nearly something in this album for everyone. Want to thrash out? Listen to the title track, or "Alliance." Want something more dark? "Bloodrush" is what you want. Epic? Go for "Screaming from the Heavens." And if you want a showcase of the vocal trade-offs between Kral's death growls and Mikkel's clean vocals listen to "Bulletblues," which also includes a really good guitar solo near the end.

Most people only got to hear of Mercenary for the album they made after this, "11 Dreams," and for them it's pretty much where the Mercenary discography begins. But we would urge those people to shell out the cash and buy this album because this is pure, unadulterated metal bliss.