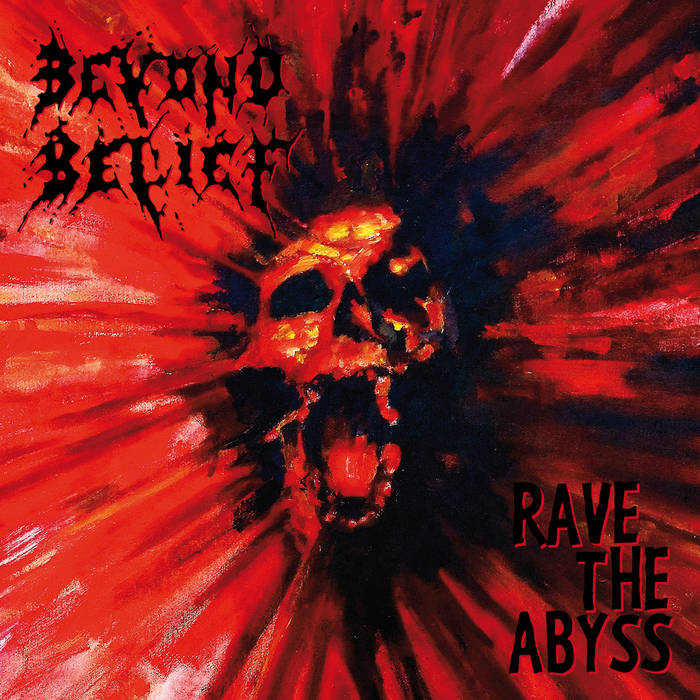 ...It is the early 90’s, Death Metal’s finest years are celebrated, the genre is young, fresh and inventive. And the Dutch scene is reaching its pinnacle, one band after the other gets signed and releases classic albums. Together with the U.S.-scene, the U.K.-scene and the Swedish scene the Dutch reign supreme. And when everyone decides to go faster and more brutal, there is always the exception to go against the stream.

Enter Beyond Belief, from Kampen, the Netherlands. Started back in 1986, as a side project of Robbie Woning (Dead Head) and A.J. van Drenth (later active in Asphyx), now Extreme Cold Winter), and completed by Ronnie Vanderwey (Dead Head, ex-Asphyx) and Jacko Westendorp to become a slow, heavy and doomy band. Where old Death Metal and real Doom Metal (think Trouble and Candlemass) meet, and almost opposite to Dead Head’s aggressive, intense & fast Thrash approach.

In 1991 the “Remind the Skull” demo is released, followed by “Stranded” in 1992 and Beyond Belief’s causes waves in the underground. Not choosing the easy Death/Doom path, Beyond Belief chooses the Trouble kind of riffings as a foundation of their incredible Heavy sound. A foundation based on melancholy, melody, sadness and superb riffs! And adding an extra touch by incorporating an accordeon sound in small doses. Shark Records from Germany, known for its releases of Channel Zero, Massacra, Sepultura, Thanatos and Wehrmacht. sees the quality shine and offers BEYOND BELIEF a deal, and the pact is sealed.

In 1993 “Towards the Diabolical Experiment” is released, a true Masterpiece of Heaviness, Sadness and Depression.

The follow up “Rave the Abyss”, released in 1995, shows a couple of small changes, generally the pace is upgraded to more midtempo, with parts incorporating slower Thrash riffs (think Dead Head/Slayer), but still following Beyond Belief’s path of heaviness and doom. One could say the Trouble feel is still there, but more aggresive. Berthus Westerhuis is the producer of choice, giving the album a tighter, crunchier sound.Once more a full on Masterpiece, and another unique album to much critical aclaim.

Due to Shark Records close to non-existent support the Beyond Belief era I ended here. The band tried it again in 2004 but called it a day in 2012... probably the definitive end, R.I.P.

2016 sees the album faithfully restored in artwork and sound (remastered by Berthus Westerhuis who recorded and worked with Altar, God Dethroned, Severe Torture to name but a few) and as a first-timer on vinyl.