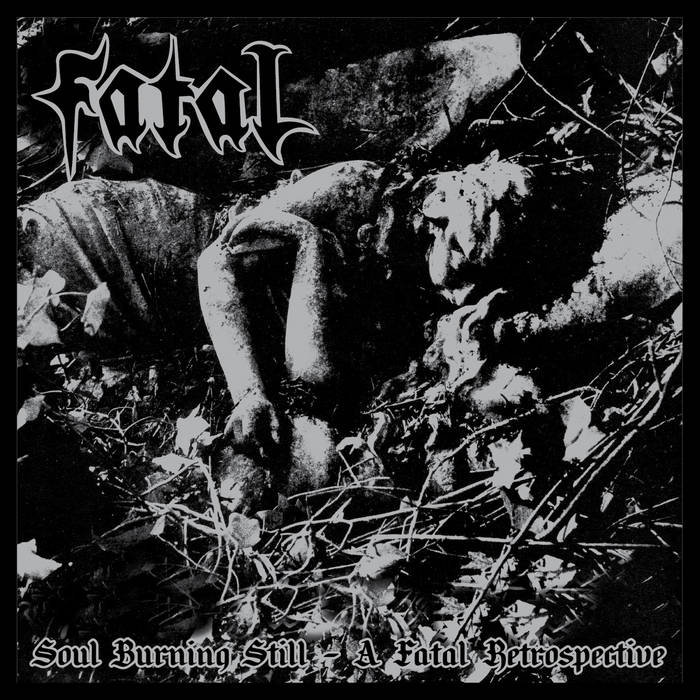 Fatal, at the forefront of US death metal, compilation on CD and 2-LP

Like most obscure metal bands of the ‘80s and early ‘90s, Fatal had a very short lived career, which is a shame because they obviously had a huge amount of potential. Their 7” EP and the few demos they had were great, but if they were around long enough to really perfect what they were doing, there is no doubt in our minds that they would be much more well known. But like Necrovore, Crematory (SE) and other short lived bands, they stayed relatively obscure outside of the tape trading circles and zines.

This scorching analog mastery of death metal wizardry comes at you unearthed from the old graves of the year 1988-1990. Not many bands in the world were playing this style of death metal at that time. Outside of Morbid Angel, Death, Sadus’ and Pestilence and all these bands could be considered contemporaries and friends of Fatal. One thing that will pop out at you with the first listen is the amazing remixing and remastering they did with ALL the tracks. Especially for mud drenched recordings such as the “Guts For Dinner” demo. The whole compilation has a consistently clear sound.

But let us talk about the music. These guys knew how to write a fucking badass thrashed-out death metal song. Of course, as time (quickly) went on, they got better at playing their instruments and they got much stronger in the structuring of songs, so the later material is much less primitive. Listen to the tracks from the “Guts for Dinner” demo and then listen to the tracks from the “Sombre Evocation of Nihilism” EP and you will hear what we mean.

We don’t want to say the thrash influence wore off, but as the riffs starting getting more complex on later recordings, they started to have a much stronger death metal sound to them. The band always seemed to prefer the higher notes on the fret board, which I think is what gave them a thrash sort of feel. Other bands who had that sort of sound were Insanity, Necrovore and Possessed, as opposed to the more muddy down tuned death metal riffing of bands like Crematory (Swe), Rottrevore and Asphyx.