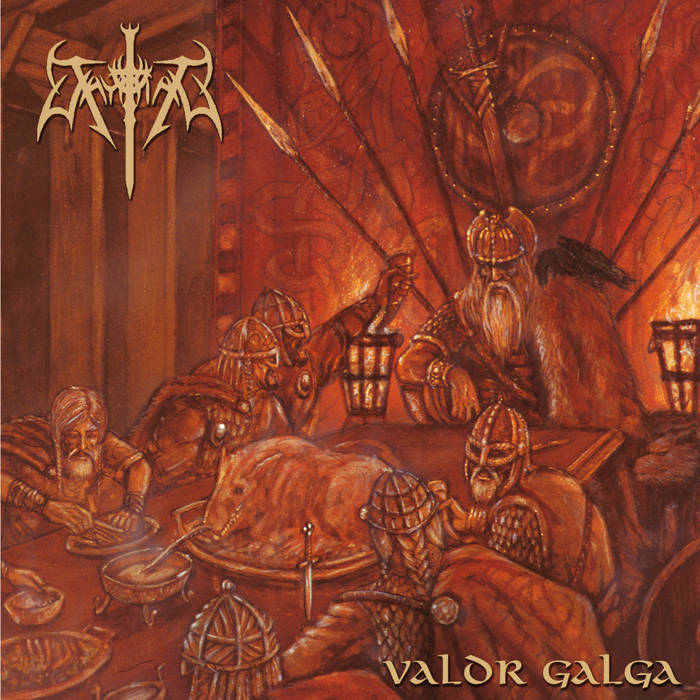 This is the follow-up album of the Swedish Viking metal band Thyrfing.

It has been out of stock for quit some time now, even though it is considered a classic album within the Viking/Pagan Metal genre. So we decided to re-release this classic album full of mighty Pagan Hymns! This release differs from the original, because we added all lyrics and we re-mastered the sound. For all of those who do not have this album a nice opportunity to buy the follow-up album of Thyrfing and to enjoy songs such as ‘Firever’, ‘From Wilderness Came Death’ or the classic ‘Storms of Asgaard’. The album contains ten bombastic yet catchy Viking metal tunes that are filled with
nice keyboard melodies, berserker vocals and pounding guitar riffs. With this album Thyrfing broke through and this resulted in playing Dynamo Open Air in front of 10.000+ maniacs!

All in all a highly influential band’s 2nd album, one of the first after Sabbat/Skyclad introduced the world with their Paganinfluenced
Thrash Metal and their Irish friends Cruachan did the same in Black Metal... The Finntrol people always said they even started the band to sound like Thyrfing...

Khruangbin and Greg Foat stop by with their amazing new LPs.