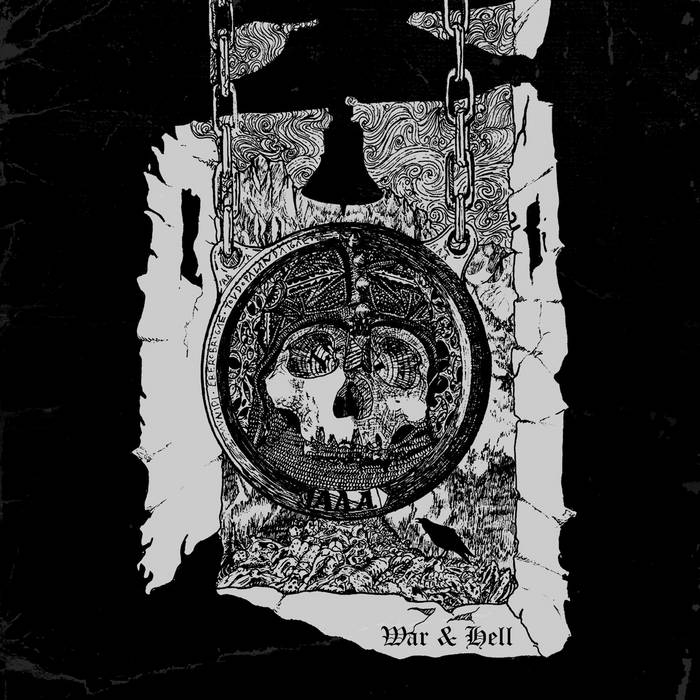 Körgul The Exterminator prepared a split release with their drummer’s one-man black metal band Akerbeltz! Performing two new songs each band and covering the other’s two in their every own style! Fours same songs each band sounding completely different!

It’s also our first recording as a trio before our new stuff with our new bassist Javi Bastard, and it’s been recorded in the Redrum Studios rehearsal room to bring back our primal garage sound! You want it raw and you will get it! Let the garage soand roar again! Ugh!

On the surface, Spain’s Körgull the Exterminator seem like a rather too obtuse tribute to Canadian progressive sci-fi metal masters Voivod. The similarities do not end here, because the Spaniards are essentially borrowing the formula found on War and Pain and Rrroooaaarrr and then trampling it out to an unholy extreme of blackened death and thrash.

What’s more, Körgull the Exterminator have one of the most vicious female vocalists in the business right now, in the magnificently named Lilith Necrobitch, and she goes a long way towards the long term effects of this album. The band is just a dynamo whirlwind storm of holocaust and death, honing in more on a strategy of beating the listener to death than any intricacy in raw compositional skill. However, such a highbrow bearing would be inconceivable for this, because Lilith’s vocals are so fucking hostile, the guitars carving out your skin like nuclear saws, that you have no choice but to be destroyed under the album’s weight.

Before two good works which demonstrated that Akerbeltz are the inheritors of Darkthrone’s sound legacy in the Spanish scene. Black metal in their pure form but now more atmospheric, going deeply into the atmosphere and the darkness of their sound. With a minor dose of violence and aggressiveness, but with cold and melodies they create hypnotic passages of glooms.

This split album brings the evil and raw sound of the band to a higher level, darker, colder... Hear this album and fell how the sunny day turns into dark winter night!